Last week’s prompt for the Comeback Bloggers: write about an event (or events) that revealed to you the world was not simple, that moved you from being a child to being an adult.

During my younger years in Burundi, I sensed the tension between different Burundian groups at times, but just in small ways. I’m not really sure when I realized the enormity of that conflict, which ultimately led to many killings and caused neighbors and friends to flee to other countries.

One event which remains especially vivid in my memory is finding out soldiers had taken away our African pastor and his sons. They were never seen again, and presumably died at the hands of the government. Such happenings made me wonder, “Why them and not me?”

Initially, my poem started out with a fun image, lighting sparklers in the back yard, and then evolved to include thoughts on “vanishing.” 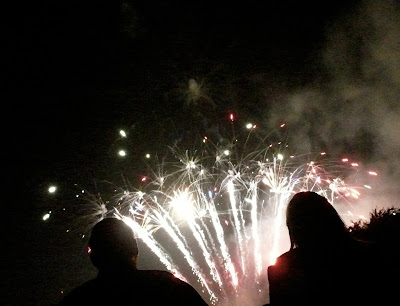 FOURTH OF JULY IN BURUNDI


At twilight
the sly Southern Cross
beams,
convinces us
it’s brighter than
our Northern
constellations.

Mother takes us outside
to celebrate America’s Fourth,
continents away
from grandparents
uncles, aunts,
cousins.

Sparklers fizz.
Our tilted faces
here
and gone
there
and vanished.

How many faces
vanished
over the border
into Tanzania
just across
rows of mountains
filling our picture window?

Each of us
children
screams
“Light another!”

We clutch
the thin wires
as sparklers
sputter
and fade.

Posted by africakidandtheworld at 11:59 PM 6 comments:

Email ThisBlogThis!Share to TwitterShare to FacebookShare to Pinterest
Labels: Africa, Burundi, My Poems

Once, Far From Home 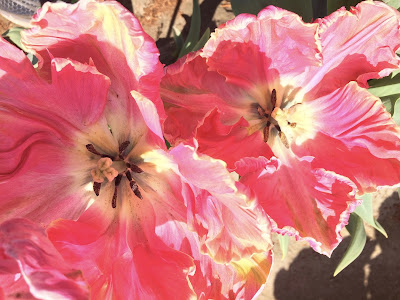 Recently, an online friend asked me to join her group of “Comeback Bloggers,” and our initial post was supposed to be about why we started blogging in the first place. An intriguing question, since I’d never fully thought through my reasons for beginning Africakid and the World.

In 2005, far from home, I decided to start blogging. I'd already been reading other people's blogs when we moved to Germany, and starting my own personal blog seemed like a good way to stay in touch with family and friends back in the States. I could post photos and commentary about our daily life in a small German town and be assured of at least one faithful reader (my mother).

When we flew overseas with our two youngest children in 2004, I mistakenly thought "This will be easy for me. After all, I grew up in another country and learned early to adjust to different cultures. And I like meeting new people." As a child, I'd moved several times between the US and Burundi, Africa where my parents worked as missionaries. Then, in my teens, our family spent another year in Burundi. I attended Rift Valley boarding school outside of Nairobi, Kenya and loved that experience too. With Jeff's new job as a communications engineer in Mannheim, Germany, I anticipated an enjoyable and relatively painless transition.

Well, here’s a quote I understand even better now:

“Assumptions are dangerous things to make, and like all dangerous things to make -- bombs, for instance, or strawberry shortcake -- if you make even the tiniest mistake you can find yourself in terrible trouble. Making assumptions simply means believing things are a certain way with little or no evidence that shows you are correct, and you can see at once how this can lead to terrible trouble. For instance, one morning you might wake up and make the assumption that your bed was in the same place that it always was, even though you would have no real evidence that this was so. But when you got out of your bed, you might discover that it had floated out to sea, and now you would be in terrible trouble all because of the incorrect assumption that you'd made. You can see that it is better not to make too many assumptions, particularly in the morning.”
― Lemony Snicket, The Austere Academy 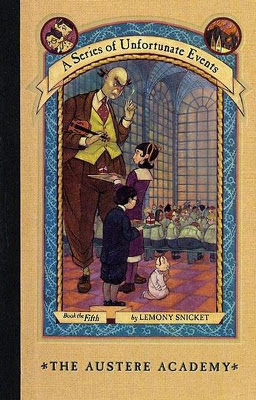 Don’t you love the wisdom found in children’s books?

It truly didn’t occur to me that German culture and Burundian (African) culture are worlds apart in many ways. I struggled the first few years, finding it hard to get to know people in our little village. From my present vantage point, I understand why villagers wouldn’t necessarily care to go out of their way to meet me. Americans moved in and out frequently, due to their military postings, and I’m sure it didn’t seem worthwhile for the townspeople to try and get acquainted—the majority of US citizens would transfer to another place within 1-3 years.

So, I grew lonely those first months, and began chatting online with folks at Real Live Preacher. Chat rooms were still relatively new, and as soon as my children went to bed, I’d log in and see who was talking. RLP’s chat room filled a bit of my need for authentic dialogue and responsiveness, during a period when I lacked that type of community. Later I became more connected, but early on, those individuals I knew only via the internet acted as true lifesavers!

Some RLP regulars also blogged, so I had another incentive. If I began to blog, we could keep in touch by reading each other’s posts and commenting. Also, I liked the idea of posting my favorite poems, photos, art and other interests online. A diary of favorite things, available to anyone.

Eventually, some people who lived on the same street in our little German town reached out in friendship; most on our particular street were either married to someone from another culture or had lived in America for awhile. Their generosity in reaching out inspires me to do the same, when I remember how much their contact meant to me.

After we returned to the States in 2009, my posts have grown fewer and fewer. Life here is busier, and I also see that a few of my initial motivaters are gone. Regardless, I’m curious to see how weekly prompts from the Comeback Bloggers will shape a new direction for me. This may be only for a season, but if you want to follow along, make yourself comfy and feel free to comment!
Posted by africakidandtheworld at 1:07 AM 9 comments: 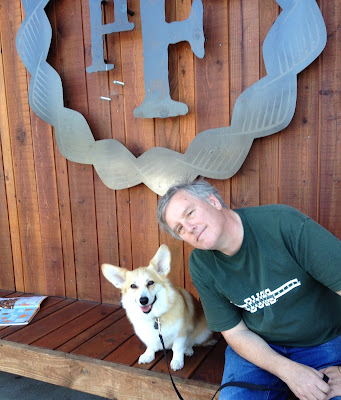 Jeff and I drove up Columbia River Gorge on the fourth of July with our son David, his wife Emily, and Emily's father. Ellie came along too. We visited pFriem Brewery in Hood River for lunch and dogs had to wait outside, so we took turns sitting with her.

Everyone enjoyed their food and beer, and pFriem's near a river front park, so we caught glimpses of kite sails skimming past and kids climbing rocks. Quite a fun day!

Along with the coast, Columbia Gorge is my other favorite spot in the Pacific NW. Jeff and I didn't get the chance to visit Crown Point and the Women's Forum Lookout this time, but I plan to go back to take photos soon. We tried to drive to Crown Point, but a small-town 4th of July parade was due to begin and roads would've closed down. Next time.

More news: We sold our house in May (yay!) and are living in an apartment until our new home is ready in Ridgefield, WA. Ridgefield's 15 minutes north of Vancouver, so not too far away. Once the house is done, take a road trip and come visit!

Posted by africakidandtheworld at 4:31 PM 3 comments:

Selling our Home In Vancouver, WA

If you know of someone who'd like a home in a wonderful, walkable neighborhood with lots of trees, send them to our listing on Zillow.

It's time for us to downsize and find a place with fewer stairs and a smaller piece of land. Even so, it's hard to say goodbye to our house on Blueberry Hill. We love our garden area, shed, fish pond with waterfall, rain garden, and plenty of space for lawn and shrubs. There's even an area the previous owners used for rv parking on the side. 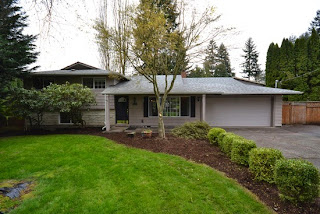 Also, we're only twenty minutes from downtown Portland, Oregon when there's no traffic!
Posted by africakidandtheworld at 11:37 PM 1 comment:

We siblings share many good memories of our visits to Bujumbura, capital city of Burundi. Some of these include:

--staying at the Cox's guesthouse on trips from our remote mission station
--dipping french fries in mayonnaise at the lakeside cafe
--watching hippos climb out of Lake Tanganyika; we observed from a safe distance
--shopping for flip-flops once a year at Bata Shoes
--checking out books in English from the American Embassy library

Oh, and sleeping under mosquito nets to escape the ravenous little flies every night (not such a good memory!). I'd be curious to hear what experiences were most memorable for my brother and sisters.

My brother sent this video link to our entire family. Watch and enjoy a small slice of life in the Bujumbura of today.

Posted by africakidandtheworld at 4:34 AM 2 comments:

Out of the Compost Bin?

Dessert waitress at Papa Haydn's to us: "It's like a decomposed tiramisu...oops, I mean deconstructed."
Posted by africakidandtheworld at 3:32 AM No comments:

I know it's been forever since I posted. But my last few months have been taken up with two daughters home for the summer and also our adorable new puppy. Introducing Ellie, our new little corgi! I think Murphy would have approved. 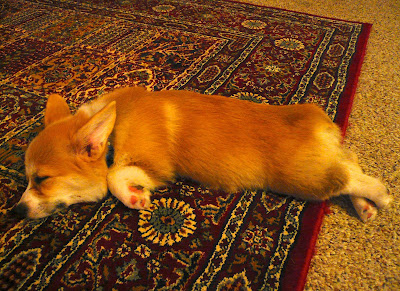 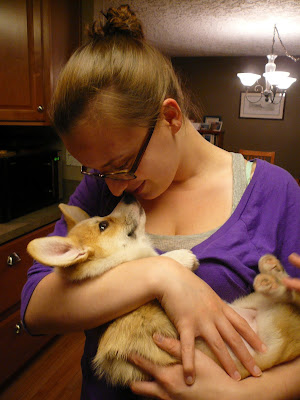 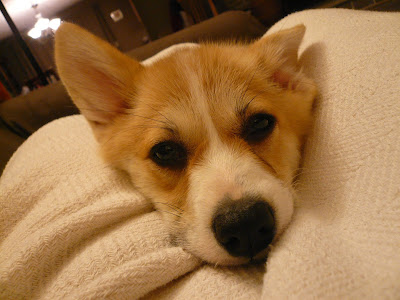 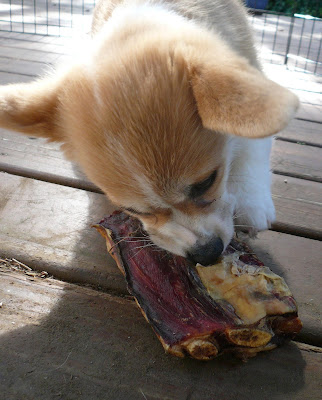 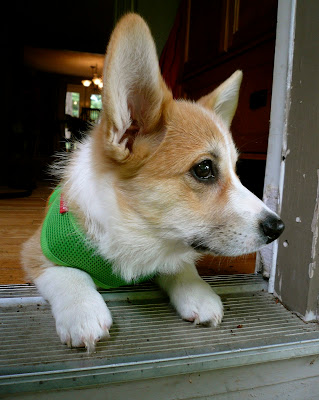 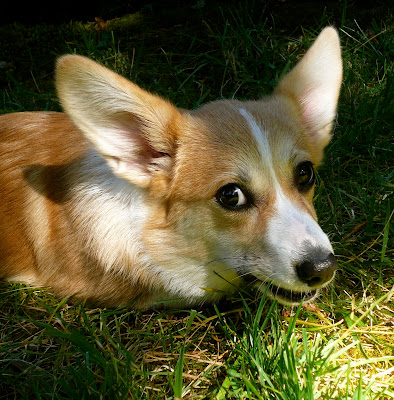 Posted by africakidandtheworld at 4:17 AM 3 comments: 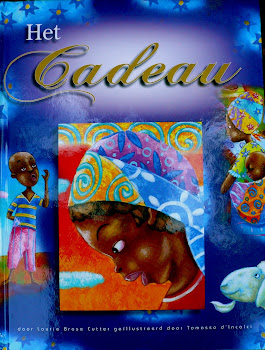 My picture book, "The Gift," in Dutch 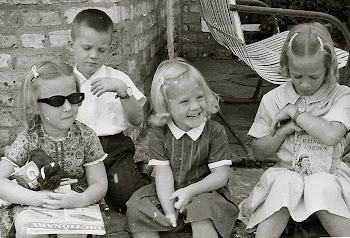